Trust who they are, regardless of their appearance.
Be your own kind of beautiful!

This beautifully and colourful illustrated book is very suitable for children and people around them who are confronted with gender dysphoria.

When you have a very good idea about who you are, but your surroundings expect different behaviour from you because of your appearance; that can be confusing. Who are you then? Your inside or your outside?

This book can help to give insight and meaning to children who are confronted with gender dysphoria.

It is clear from the start of this book that Gus is blue and, therefore, displays blue behaviour. The fact that his outside appearance is orange forces people around him to expect orange behaviour of him. This is difficult for Gus. Children, but also adults, can imagine that Gus wants to do blue things because he ‘is ’ blue. 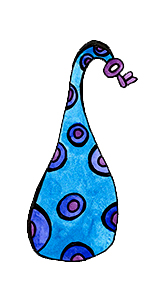 And that he finds it hard to be like orange geese, even though he looks like them. What happens to Gus will be very recognisable. Everybody can easily place themselves in his position and wonder how to deal with it.
And in the end, this applies to us all.

We don’t have keys to our hearts, we have to rely on what others say, they feel and believe about themselves. It is important not to judge children who have to walk this path.

Everything is always the same in the beautiful and colourful land of the Key Geese.

Blue is always blue.
Orange is always orange.
Also for Gus, an ordinary little gosling with a blue heart.
He is nearly ready to receive his colour,
and to become what he is: blue.

Suddenly something goes wrong. Gus, with the blue heart,
accidentally ends up with the orange goslings.
By a twist of fate, Gus ends up with an orangeoutside that
doesn’t match his blue heart.

This is a story about a brave little gosling that, through trial and error, finds out who he really is.

Gender dysphoria or gender identity disorder (GID) is the dysphoria (distress) a person experiences as a result of the sex and gender they were assigned at birth. 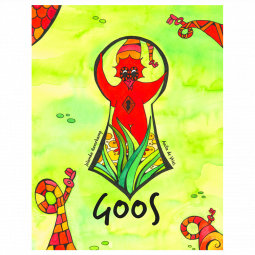